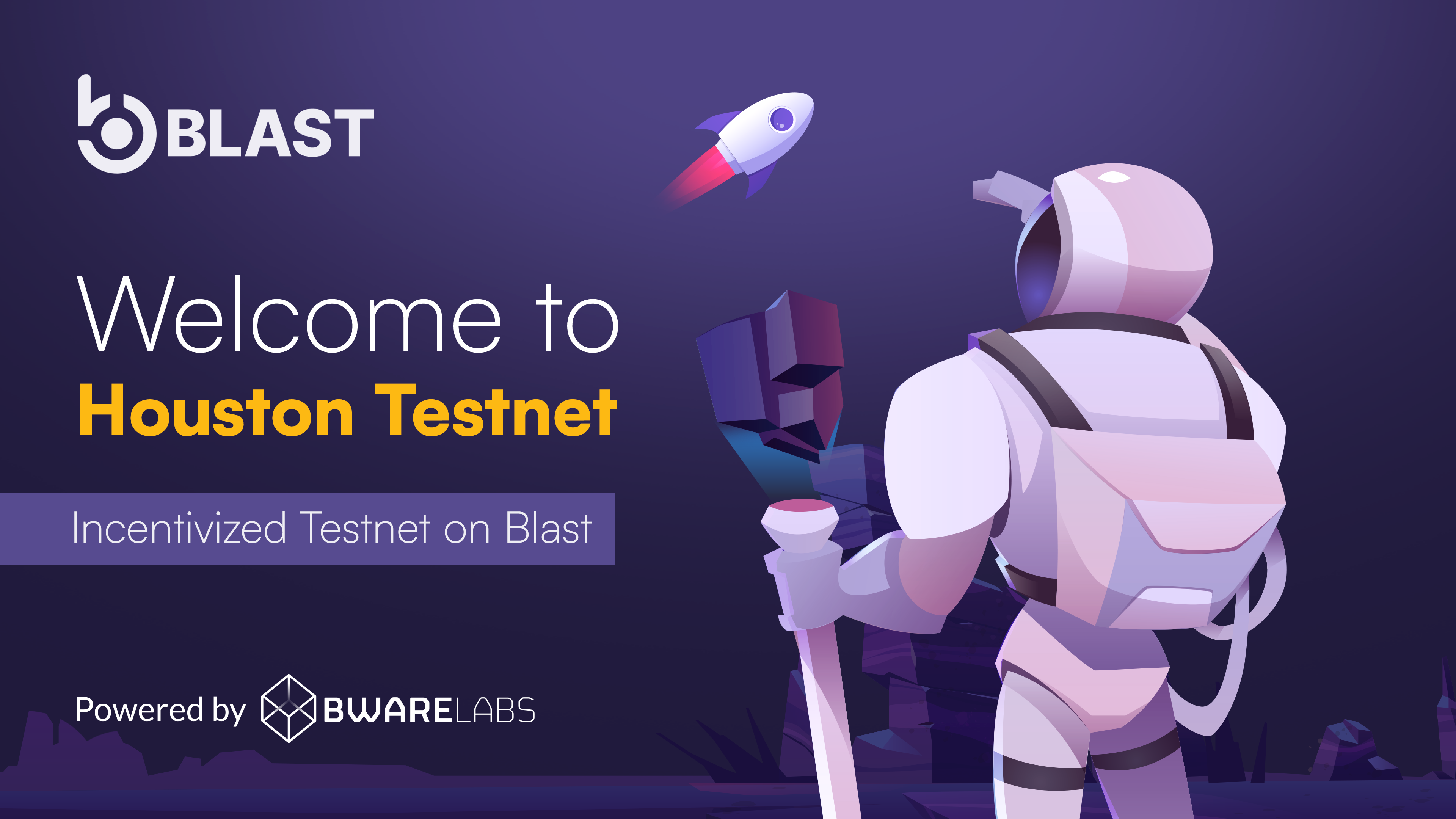 Working towards their stated goal to build the highest-performing, most reliable, blockchain API platform, Bware Labs, the company behind Blast, is launching the Houston Incentivized Testnet.

The purpose of the testnet mainly revolves around verifying all the technical aspects involved in the decentralization of the Blast API Platform, from the proprietary Node Integrity Protocol to the Staking Mechanism. At the same time, it aims at preparing future Node Providers for the mainnet launch while giving them the option to obtain enough funds to join the platform in its production state.

In terms of rewards, the total amount reserved for the entire Houston Testnet is 1M BWR tokens, which makes for 1% of the total token supply. The tokens received during the testnet will be sufficient for each participant to be able to run at least one node when the mainnet is live.

Bware Labs claims that, thanks to their integrity protocol and incentivization mechanism, the Blast API platform will be able to keep the highest level of performance in the industry even after the decentralization takes place. This means that no change in the quality of the service would be visible to their constantly growing number of adopters and customers, among which we can already enumerate Coingecko, DIA, Connext, Moonwell, Subscan, DappRadar and many others.

The first phase of the Houston Testnet (The Launch Phase), will be restricted to the companies' closest partners from the infrastructure and node-operating segment. The list includes reputable companies with vast experience in running blockchain infrastructure such as: Dokia Capital, Stakin, P2P, Hashquark, Hypersphere and Woodstock. Once this preliminary stage is completed, Bware Labs will welcome independent node runners to onboard the testnet in Phase 2 (The Orbit Phase) and earn rewards, while helping the company achieve its mission of providing quality-driven, decentralized services.

The Houston Incentivized Testnet will end with a third phase (The Landing Phase), where the creativity of participants is required in finding improvements, corner cases, or any feedback that will help the platform become more robust and easier to use by both API consumers and Node Providers.

All the details for the Houston Testnet, as well as the schedule and missions for those interested in becoming Blast partners as Node Providers, are available on the Houston Testnet landing page https://houston.blastapi.io/houston-testnet.

The mission of Bware Labs is to create an infrastructure and development ecosystem that can help Web3 builders throughout their entire blockchain journey. The company aims to play a decisive role in worldwide blockchain adoption.

Proving its commitment to bringing true reliability and quality to Web3, Bware Labs has partnered with some of the greatest names in the industry such as Polygon, Avalanche, Elrond, Moonbeam and Fantom. This will further support blockchain development efforts by providing the highest quality infrastructure services in the crypto space.

Bware Labs also supports Blockchain projects from a validator role. Capitalizing on its engineering team's vast blockchain experience, the company is trusted by more than 15 Blockchain Networks to run validators for their projects.

About Blast, the blockchain API platform powered by Bware Labs

As the first and primary product developed under the Bware Labs umbrella, Blast is a blockchain API platform that provides easy blockchain access to the most relevant networks in the space. Using Blast, developers are able to get RPC and Websocket access to an ever-growing number of blockchain networks in just a couple of simple steps.

Providing unparalleled quality, performance and ease of use for API consumers like dApp developers, exchanges, and other crypto projects, Blast innovates on the provider side as well. It does this by being the first to adopt a reward model for node runners, incentivizing them in order to increase the decentralization of the platform and ultimately improve access to the supported blockchains.