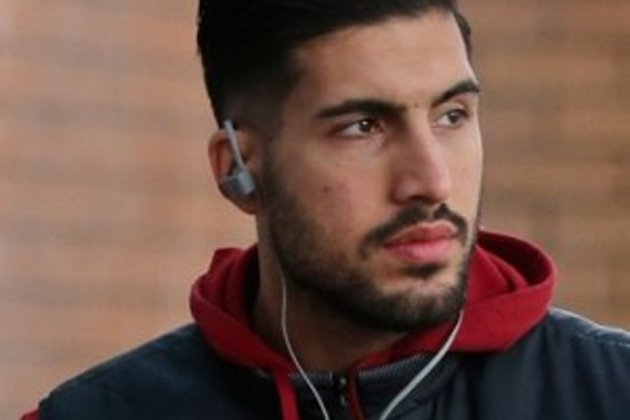 Berlin - German FA director Oliver Bierhoff on Monday defended Germany pair Ilkay Gundogan and Emre Can, but admitted they "made a mistake" by liking a post of Turkish footballers performing a military salute.

Gundogan and Can, who both have Turkish roots, became embroiled in a social media storm Sunday after clicking 'Like' on an Instagram picture of Turkey players saluting to celebrate a goal in Friday's 1-0 win over Albania.

Cenk Tosun, the goalscorer, posted the picture and wrote: "For our nation and especially for those who risk their lives for our country".

His post was seen as supportive of Turkey's military offensive in Syria, but the Germany pair quickly removed their 'Likes' and issued apologies.

Bierhoff, director of the national team, told DFB.de that he and head coach Joachim Loew have spoken to the pair, who "know it was a mistake".

"They are role models, thousands look up to them and follow them on their social media channels," he added.

"They need to be aware of the great responsibility and impact that each of their statements and actions can have.

"They both came out and faced the media after the game.

"They assured us that they didn't want to make a political statement.

"We trust their explanations that they had no political intentions."

The German Football Association (DFB) posted a picture on Monday of the senior squad looking unified on their social media channels with the text, "against all forms of violence and discrimination."

Bierhoff said the German squad wanted to support the pair, who he says were "down" because of the Instagram incident, following Sunday's 3-0 win over Estonia in a Euro 2020 qualifier in Tallinn.

Gundogan scored two second-half goals, but Can was sent off after 14 minutes -- the fastest ever dismissal of a Germany player.

"Anyone who knows the players knows they are both against terror and war," said Loew after the match.

"They both made it very clear it was not a political statement."

Can regretted liking the post, insisting he does not support armed conflict.

"I am absolutely a pacifist and against all forms of war," he said.

Over a year ago, Gundogan found himself at the centre of a similar scandal on the eve of the 2018 World Cup for posing for pictures with teammate Mesut Ozil alongside Turkish president Recep Tayyip Erdogan.

He says he removed his 'Like' of Tosun's post when he realised it was open to misinterpretation.

"I can only stress again that there was no political intention behind it. I wanted to congratulate a friend (Tosun) for the goal and the victory," he said.

However, Germany's top-selling daily Bild was unimpressed with Gundogan's explanation.

"Some people never learn -- or always too late! Just a click-error? Then he should keep his fingers away from the internet," wrote Bild.

French citizens are among the first to be able to download the government-sponsored StopCovid app as the government begins coronavirus ...