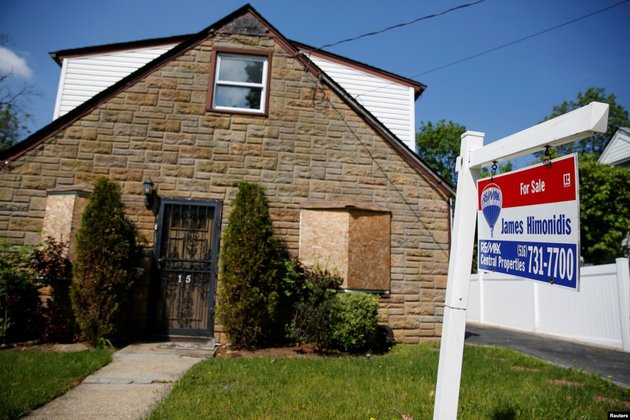 U.S. homebuilding increased more than expected in April and activity in the prior month was stronger than initially thought, suggesting declining mortgage rates were starting to provide some support to the struggling housing market.

Housing starts rose 5.7% to a seasonally adjusted annual rate of 1.235 million units last month, driven by gains in the construction of both single- and multi-family housing units, the Commerce Department said on Thursday. Groundbreaking was also likely boosted by drier weather in the Midwest.

Data for March was revised up to show homebuilding rising to a pace of 1.168 million units, instead of falling to a rate of 1.139 million units as previously reported.

The government revised the seasonally adjusted data back to January 2014. The unadjusted series will be revised in July.

Economists polled by Reuters had forecast housing starts would increase to a pace of 1.205 million units in April.

The 30-year fixed mortgage rate has dropped to 4.10% from a peak of about 4.94% in November, according to data from mortgage finance agency Freddie Mac. Decreasing mortgage rates reflect a recent decision by the Federal Reserve to suspend its three-year monetary policy tightening campaign.

Relatively cheaper home loans and a strengthening labor market, characterized by the lowest unemployment rate in nearly 50 years, are underpinning demand for housing. In a separate report on Thursday, the Labor Department said initial claims for state unemployment benefits dropped 16,000 to a seasonally adjusted 212,000 for the week ended May 11.

The robust job market should underpin the economy as the boost from the White House's $1.5 trillion tax cut package fades and President Donald Trump's escalating trade war with China disrupts supply chains at factories, which are already struggling with an inventory bloat that has cut production.

A survey on Wednesday showed confidence among homebuilders rose to a seven-month high in May. While lower borrowing costs are boosting demand, builders said they "continue to deal with ongoing labor and lot shortages and rising material costs that are holding back supply and harming affordability."

The housing market has been mired in a soft patch since last year. Investment in homebuilding contracted at a 2.8% annualized rate in the first quarter.

Prices of U.S. Treasuries fell after the release of the data while the dollar rose to a session high against a basket of currencies. U.S. stock index futures were trading higher. Last month, single-family homebuilding, which accounts for the largest share of the housing market, increased 6.2% to a rate of 854,000 units. Single-family homebuilding surged in the Midwest, which had suffered flooding in prior months. Single-family starts also rose in the Northeast and West, but fell in the South, where the bulk of homebuilding occurs.